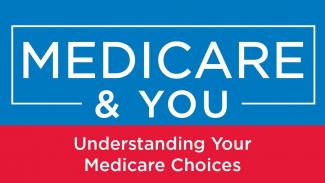 What You Need to Know About Medicare Open Enrollment

The typical route one takes when signing up for Traditional Medicare is to enroll in Part A (Hospital Insurance) and Part B (Doctor’s Insurance). Part D (Prescription Drug coverage), an added coverage feature with its own separate premiums, is usually included when signing up for Parts A &B. It is common to sign up for Part D as not doing so or delaying it can cause gaps in coverage or enrollment penalties if done later. When signing up for Traditional Medicare many folks also use a supplemental policy to cover gaps in coverage. These policies are widely known as MediGap coverage. We will go into more detail on that later in this post.

It should be noted that Medicare Advantage plans function as either HMO or PPO plans, thus limiting the range of network coverage. Whereas Traditional Medicare can cover you if you go to any doctor that accepts Medicare. The decision to enroll in a Medicare Advantage plan is dependent on the types of plans offered and what coverage you specifically need.

Information about finding Medicare Advantage plans can be found here.

Under a Medigap policy, an individual would be paying a higher premium, but in doing so, can offset the out-of-pockets cost and copays that is normally experienced with Traditional Medicare. Medigap policies typically have little to no out-of-pocket costs. In addition, Medigap policies are not constrained by a network, unlike a Medicare Advantage policy. Medigap’s coverage works in the same manner as Traditional Medicare in that as long as a doctor accepts Medicare, you will be covered.

The best time to sign up for a Medigap policy is during a one-time 6-month period, which occurs after you sign up for part B. While Medigap policies can be purchased outside of this period, it will become increasingly difficulty to do as insurance companies offering these plans may place many barriers in order to qualify for one.  (Such as requiring underwriting.)

If you are approaching age 65 and a Medigap policy is right for you, information on types of plans can be found here.

One should be aware of these dates, however, as future circumstances may change. For instance, if Medigap is no longer suitable, switching to a Medicare Advantage plan may be the next best choice. The only way to sign up for a Medicare Advantage plan is through the Open Enrollment period. Planning should be done when considering this change. Should changes occur within this complex Medicare system, it is recommended that you consult with a Medicare specialist as they can help you navigate through this space.

Weingarten Associates is an independent, fee-only Registered Investment Advisor in Lawrenceville, New Jersey serving Princeton, NJ as well as the Greater Mercer County/Bucks County region. We make a difference in the lives of our clients by providing them with exceptional financial planning, investment management, and tax advice.