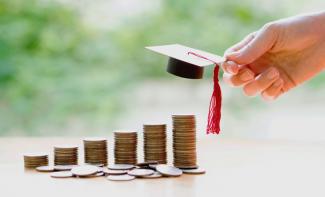 (Note: This guest post is written by Joanne Dashiell from the Private College 529 Network. More information about Private 529 Plans can be found here (https://privatecollege529.com/learn-more/faqs/)

Ken and Trina Weingarten know finances and believe strongly in higher education. They have made saving for their daughters’ (Sofia and Elena) college expenses a high priority since they were young.

The couple has operated Weingarten Associates, a financial and tax planning firm in Lawrenceville, NJ, since 2003. They have saved diligently for college, starting with contributions to a 529 savings plan for each daughter.

Then, in 2010 or 2011, Ken learned about Private College 529 through a meeting of fellow financial advisors. In June 2012, they rolled some of the funds from their 529 savings plans to open new Private College 529 accounts. The girls were seven and ten at the time.

They made further rollovers in 2014 and 2017 to “rebalance” their college savings portfolios, Ken says. In effect, they moved the fixed income portion of education assets to Private College 529, to lock in guaranteed tuition rates. That allowed them to use a more aggressive allocation to stocks in the savings plan, he adds.

Sofia is starting college this fall and plans to attend Private College 529 Plan member school, Drexel University in Philadelphia. Starting this summer, they will begin to redeem their prepaid tuition. Sofia chose Drexel over several state universities that also were part of her college search. Elena is a high school freshman, so her college search is ahead of her.

Ken also points out one key benefit of prepaid tuition. “The current situation is potentially a parent’s worst nightmare. The huge stock market downturn this spring hit just as we’re getting ready to start paying tuition. While I would never recommend a parent have 100% of their child’s 529 money tied up in equities so close to college, I can only imagine the angst that some parents are feeling right now when they look at their account balances. I am definitely happy that a portion of Sofia’s college tuition expenses are already paid for.”

Replacing his “dad hat” with that of a financial advisor, Ken describes his approach with clients. “For families with younger children and a bend toward private college, I’d recommend splitting savings – half in Private College 529 and the other half in a 529 savings plan. For families with older children actively considering a member of the Plan, they should consider putting more than half into Private College 529.”